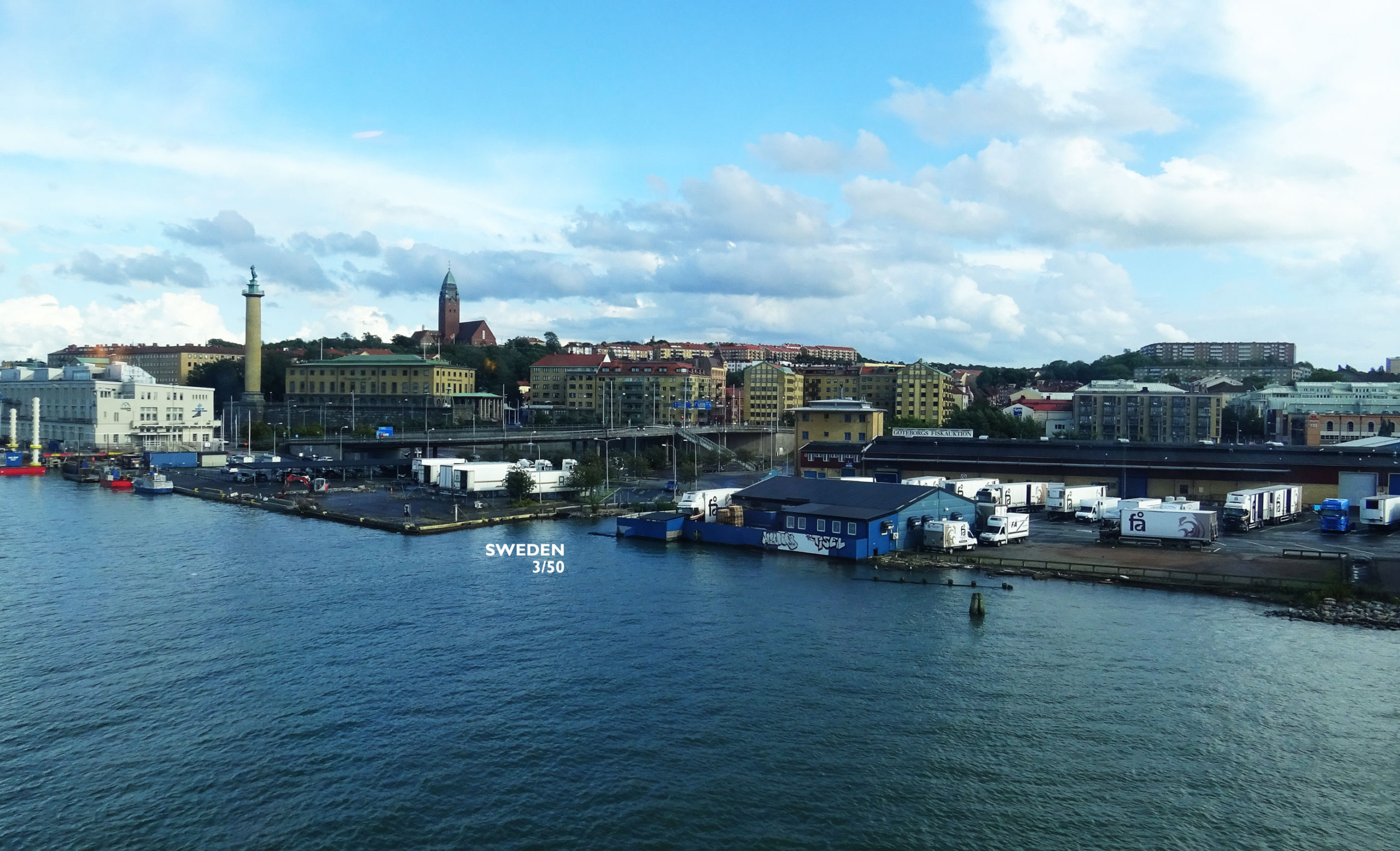 The staff of the Norröna wished me well and as the ramp fell allowing me access to the gangway at Hirtshals I ran as fast as my legs could carry me down to the car park. There I met Catherine “Cricket” Averett, the plucky American mother-of-two who would be my assistant for the bulk of the Eurodyssey Challenge.

Cricket had a taxi ready and waiting and there was no time to lose. The rules of the Eurodyssey Challenge allow for taxi rides up to 50km, and that was necessary for the first leg of the journey as the ferry from Fredrickshavn in Denmark to Gothenburg in Sweden was leaving in less than an hour. I barely had time to register that I had made landfall in my second country before we were heading full pelt towards my third.

We arrived in good time and clambered aboard the ferry, which for some reason (which I’m sure my Scandy friends will be able to enlighten me about) doubled as a goddamn crèche. Never in my life have I had to deal with so many jam-faced crotch nuggets all screeching in unison like the choir of the damned.

Thankfully, it was a fairly short voyage.

Again we had to hit the ground running. The ferry got in at 17.30 and the train to Halden, the first station over the border into Norway, left at 17.55. We jostled for position at the front of the queue to get off. I can’t tell you how much of a relief it was to just be able to leg it through (the closed) passport control and customs without having to be checked, codified, stamped and searched. What a bloody great idea this EU thing is!!

A quick taxi ride and we made the train in good time. Hellooooo Sweden!!!

Our plan was to get to Halden, ticking Norway off the map and then immediately return to Sweden to continue the journey east towards Finland. Unfortunately, on the way up to Norway the conductor got on the tannoy to let us all know that due to a signal problem the train was running 10 minutes late. Usually no big deal, but this was a tight connection: the train returning to Sweden left Halden station just three minutes after we were scheduled to arrive.

I asked the conductor if there was any chance we’d make the other train. He didn’t look hopeful. An alternative would be for us to continue on the train we were on up to Oslo and take the night bus to our next destination: Stockholm. But after Hamburg I didn’t really trust buses to arrive on time, and it would mean we would definitely miss the first ferry to Finland in the morning and be wholly reliant on the second – which got us to the port of Turku too late to make the Helsinki-Talinn ferry that night. A lot was riding on us making this connection.

Then, just as we were approaching Halden the conductor came to see us with some rather unexpected news: he had radioed ahead to his buddies on the other train and they had agreed to hold the goddamn train for us until we got there.

We were told to get ready at the very rear of the train. As it pulled into Halden, we jumped out ran around the back of the carriage, crossed the tracks and jumped on the other train. As soon as we were on board the conductor blew his whistle and we were off.

Could you ever see that happening in the UK? Or the US? Man I love me some Europe!!

Speaking of Europe, Norway is famously not in the EU. While it is part of Schengen and the customs union and pays some hefty membership fees, it is not a member. As a consequence, it must do as its told by the EU, but has no say, no vote, no commissions and no veto powers.

When I’ve asked British people who voted to leave the EU which country they’d like to be more like, “Norway” comes up a lot, right after the US (a political union of 50 independent states) and North Korea.

This seems a bit odd as being a Norway-like member of the EU means a lot less sovereignty for the UK. Sovereignty was apparently important to a huge number of Leave voters, but logic and Leavers make for queer bedfellows indeed.

Anyway, we made the connection and returned to Gothenburg for the overnight bus (the first of many) to Stockholm.