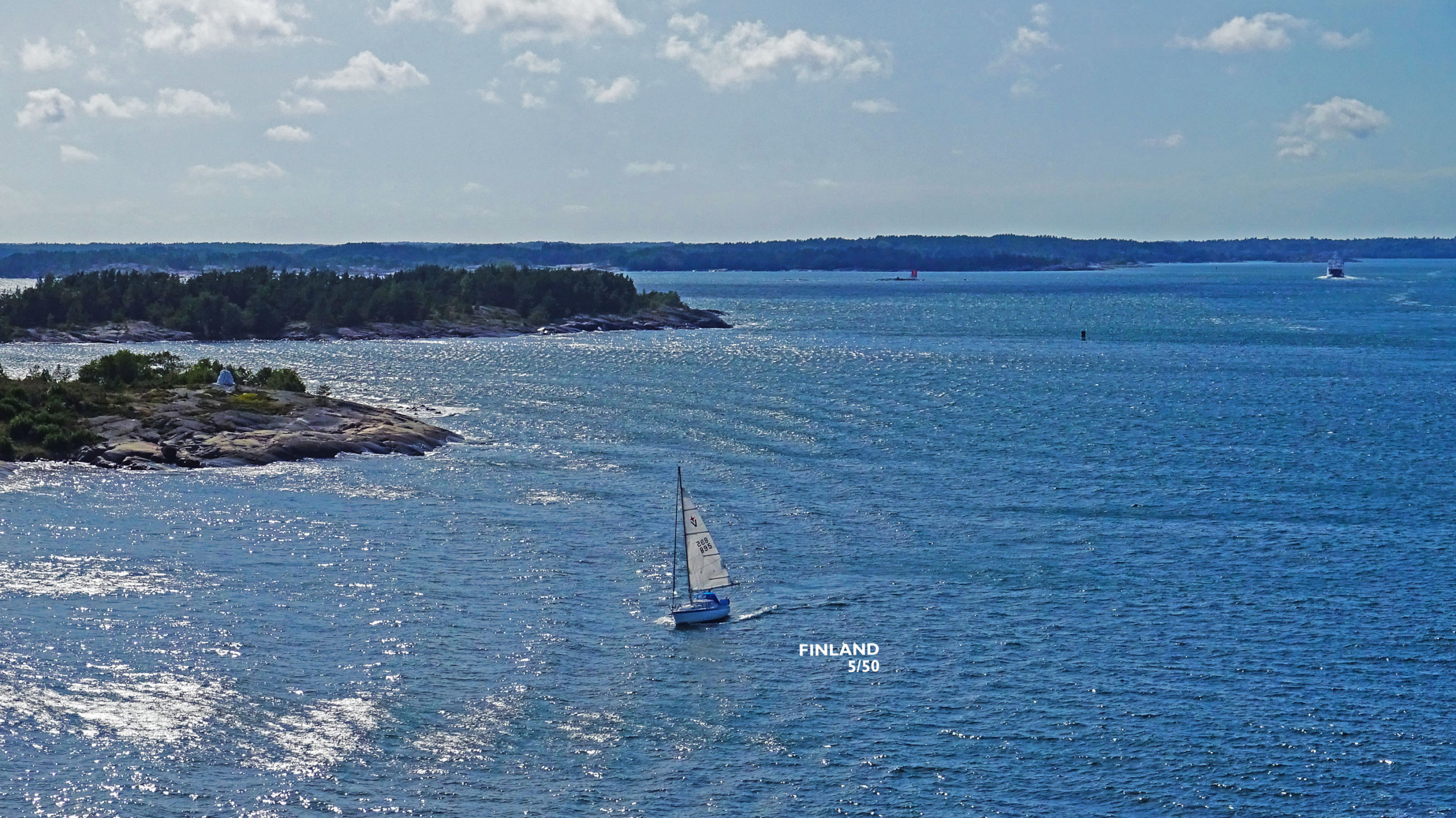 We arrived in Stockholm around 6am and headed straight for the ferry terminal. There we got tickets for the first ferry to Turku in Finland. We were asked if we wanted a day cabin for an extra €30, and we thought “sod it yes” as it would mean (a) a few hour’s kip and (b) a shower, something that anybody attempting this challenge should embrace whenever the opportunity presents.

The ferry was wonderful. And I rarely say that about ferries. And while we thought that we’d be sharing a cabin we got one each. Heaven!

Even better, we stopped in Åland along the way, an autonomous region of Finland, a magnificent archipelago of hundreds of rocky islands, every one as unique as the last.

The ferry pulled in just after 7pm and Cricket and I were, of course, first to disembark, running through passport control (unnecessary) and customs (also unnecessary). In less than a minute we were in taxi heading to the bus for Helsinki which left at 7.15.

We caught the bus and once in Helsinki, flagged down a taxi to take us to the port as we would be leaving on the 10:30pm ferry to Tallinn in Estonia. NO TIME FOR LOVE, DR JONES.

We arrived in good time in what was one of what I thought was going to be one of the tightest connections of the trip.

The ferry, brilliantly called the MEGASTAR, was, without a shadow of a doubt the best ship/boat/canoe/dingy I’ve ever been on. It had a Burger King, for Christ’s sake.

I really can’t recommend Tallink Silja, the operators of both ferries today, highly enough. I now have a new high water mark when it comes to big metal floaty things, like I do with Turkish coaches or Spanish trains.

We ploughed on through the darkness to country number 6: Estonia!