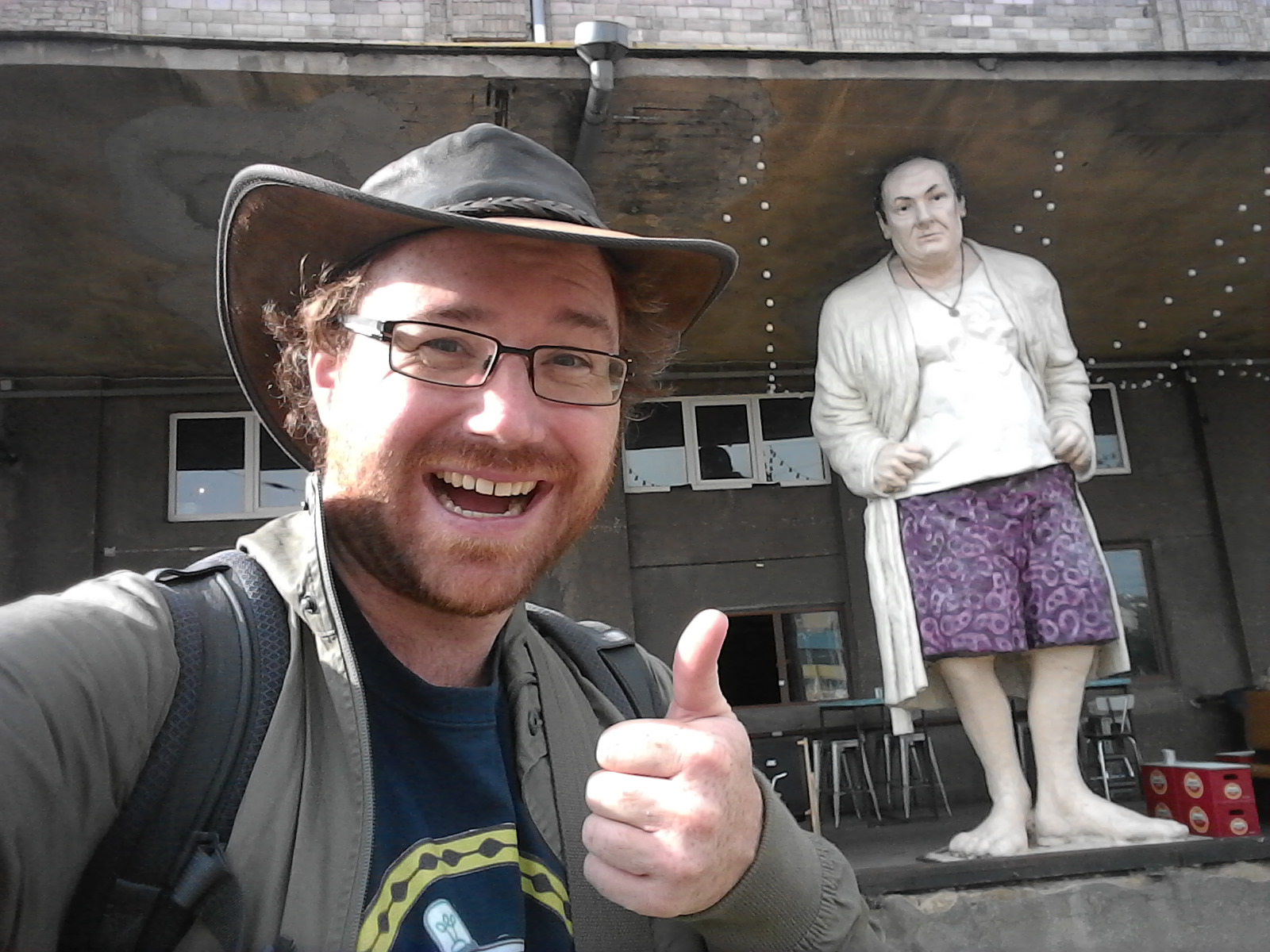 Arriving in Tallinn at half midnight was always going to be hilarious, but sadly no trains or buses matched my hectic schedule. That’s okay, get your head down weary traveller and catch yourself some z’s and an early shower before catching the first bus south in the morning.

Before lunch we were in Latvia, which was lovely to see in the daytime (last time I was here was on a nightbus). We stopped in Riga and got a kebab each. They were made by a bloke from Tajikistan. We bonded over our mutual love of plov. It was a kebab the rest of the trip would try (and thus far, fail) to beat.

Then it was on to Vilnius, the capital of Lithuania, arriving mid-afternoon. Straight into a taxi and to the Belarusian border, 30km away. Cricket didn’t have a visa so she waited with the driver while I walked the kinda insane distance from the Lithuanian side to the Belarusian side.

However, upon turning up I was informed that I wouldn’t get my stamp into Belarus, justifying my SUPER EXPENSIVE visa, unless I was in a car. Or on a push bike. “That’s okay,” says me, “I’ll just jump in this ’ere car”, pointing at a car sitting next to me.

“Yershhh… you *could* do that, but you do realise that it’ll take you two hours to get back…?” Or words to that effect). My attention was draw to the MASSIVE queue of traffic waiting patiently to enter the EU. The EU that we’re leaving, basically because old people (in general) are as stupid as they are xenophobic.

*Receives confirmation that I crossed the border *

(I couldn’t have got past the Lithuanian checkpoint without a Belarusian visa.)

I turned on a sixpence and returned to the loving (and mercifully queue-free) embrace of the EU, thinking next time I do this I’ll bring a push-bike.

Back in the taxi and back to Vilnius. We had a hour to spare before our next bus so we had a little mooch and found ourselves the GREATEST THING MINE EYES HATH EVERY SEEN.

A GODDAMN GENIUS at Vilnius railway station had decided that the place just wouldn’t be complete without a giant statue of Tony Soprano in his underwear.

I have so much love for this I think I’m all loved out for life. Sorry ladies!

So then, a minibus to a little place called Marijampole. This bus was found for me by my fellow adventurer and general superstar Alex Hanyok, the only person to find her way to Jinja Island under her own steam. Just 40km from the border with Kaliningrad, the Russian exclave that would serve as our border-hop of choice for ticking the biggest country in the world off the list.

This time we both managed to not just get over the border but to also get stamped in.  Cricket came with. I won’t tell you how much she spent on her visa for this 10 minute visit, suffice to say it made my eyes water.

But yes, biff bash bosh: no messing around. We were the only ones there and you didn’t have to take the form of a motor vehicle. Stamped in and out of Russia (and a bottle of Russian whiskey in hand) we returned to Marijampole and tucked into a delicious PIZZA OF VICTORY before hopping on the Eurolines nightbus that took us to Poland. SIX NATIONS IN 24 HOURS?!!

You better believe it.