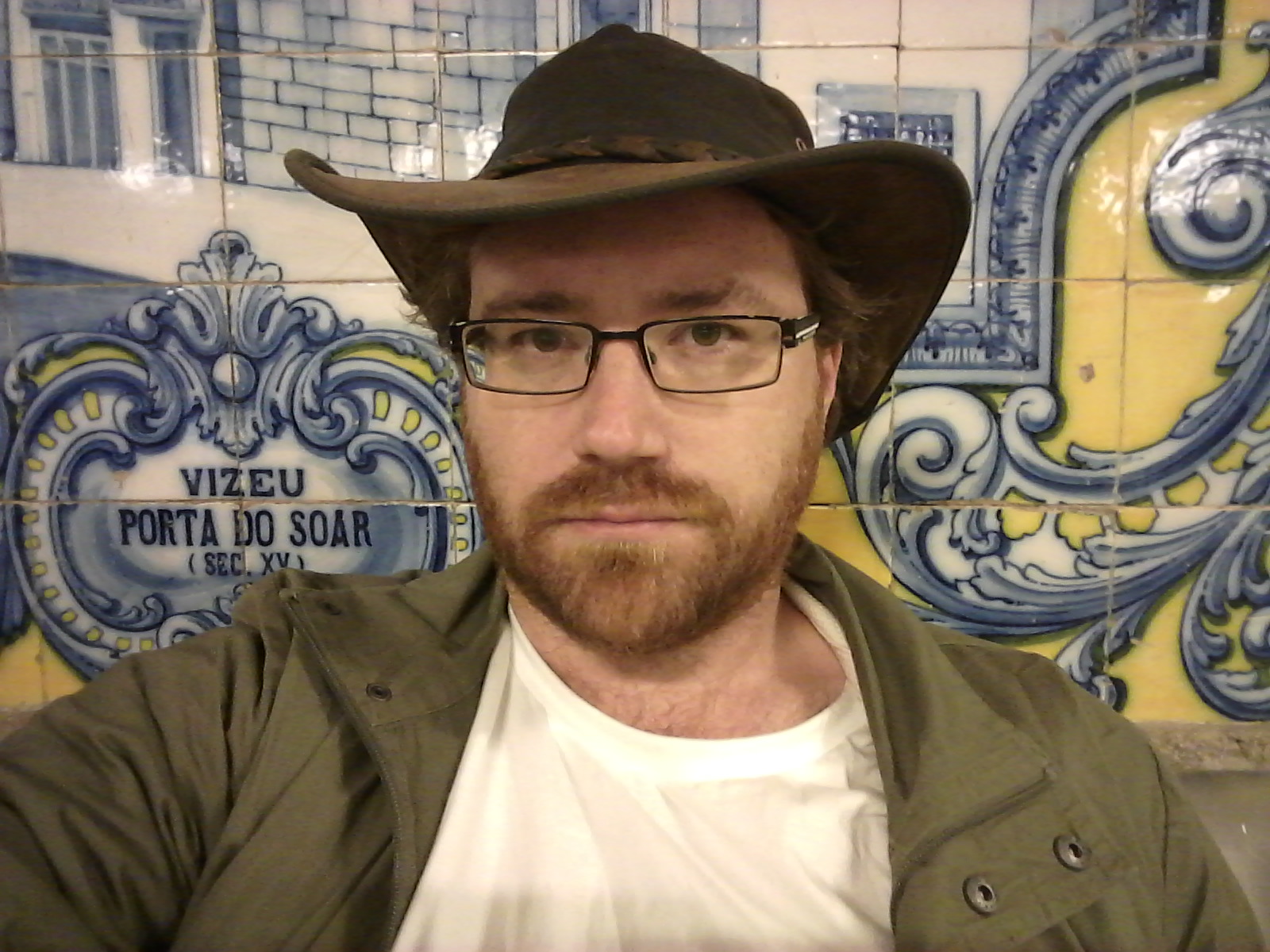 Cricket and I got up super early for the first train to Paris, arriving Paris Nord around 9am and taking the Metropolitan to Monparess Station. There we tried to reserve our tickets down to Portugal.

The Interrail program is amazing and awesome. It’s a bit of a bitch it doesn’t work in your home country, but I can see why that would be a bother with people using them to get to work, but other than that it’s a great idea.

HOWEVER, it does have an Achilles heel: the reservation system. If you want to reserve a place on a train, you can, but you have to do it before you start travelling(!) AND you have to allow three days for delivery (yes your €3 seat reservation arrives by post). Most trains are cool with you not getting reservation (you can always stand), but international and overnight trains require them. The good news is that you can make reservations in train stations… but there’s a catch: you can only reserve tickets for the country you’re in – and you can’t use the ticket machines.

So, if you want to be spontaneous, or if you’re entire itinerary is thrown into disarray by a single bus being 4 hours late, there’s only one thing for it: you have to get everywhere a good hour before the train arrives, queue up at the ticket counter and get your reservation. This being the case, we could only reserve our seats down to the border. For the night train to Portugal, we’d have to reserve at the train station once we crossed over the border into Irun in Spain. So that’s what we did.

In truth, we could have got to Paris later that morning on and had a bit more sleep in Luxembourg. But I wanted to run around the city with my giant PANTS TO BREXIT pants on, however when we arrived it was pissing it down with rain. So went to a café and had a long breakfast instead.

At 12:35 we took the SUPER FAST train down to the French town of Hendaye on the the border with Spain. From there we had to take a bus over the border to Irun as for some reason the railway doesn’t link up. Probably because there’s a river in the way (or because oil companies (and therefore governments) do not want people taking public transport).

We got to the station and tried to reserve our tickets to the first town over the border into Portugal (a place called Villa Formosa) and back. We’d be arriving at around 1am and returning around 2am. It seemed like the perfect plan.

Only… the return train was “full”.

With no time to formulate a Plan B, we took the outward train, which was also pretty full – we had to reserve couchettes (segregated by gender I’ll have you know).

Looking at the alternatives for getting back from Villa Formosa to Madrid that night filled me with dread. There was NOTHING. And by nothing I mean, NOTHING. By the looks of things until after the weekend. The best I could do would be to take a taxi back over the border into Spain and then bodge my way to the Spanish capital on regional trains, arriving in the afternoon at the earliest. This would further throw my schedule out of whack.

My only hope was to speak to the train conductor down in Villa Formosa and see if there were any no-shows. On a train with over 100 people on it, it’s highly unlikely that absolutely everybody would be on board.

The posh British guy in the couchette below mine wanted to go to sleep as soon as they pulled down the beds at 9pm, which suited me down to the ground – I’d only be getting a few hours’ sleep before we got to Portugal.

Around 1am we arrived in the quiet little border town of Villa Formosa. Our friendly train conductor explained to the rather unfriendly station master what I was attempting. “No. It’s full” came the rather terse reply.

With no options until morning, Cricket and I decided to wait it out until the train arrived to “see if there were any spaces”.

In the meantime we tried to conjure up some camaraderie with the station master, but he was having none of it. We offered money, cake, all the gold he could eat, but we would only ever get an increasingly exasperated “no, it’s full.” When Cricket tried to show him my Wikipedia entry on her phone, he pushed her hand away, went into his office and slammed the door. He did at one point rescue a puppy off the track though, so he wasn’t all evil.

The return train was over an hour late arriving in Villa Formosa. Comprising around 20 carriages, it was a monster. I didn’t believe for a second that there were no empty seats or couchettes aboard. We walked to the back of the train, following the station master… “any space?” He wouldn’t even check. “No, it’s full. Complete.”

Resigned to our fate, Cricket and I started walking back towards the front of the train. As we approached the first carriage after the locomotive, one of the other conductors quietly whistled us and beckoned us on board.

Salamanca suited us down to ground. From there we could take an express train to Valladolid (arriving earlier than this sleeper would), and then be in Madrid for 9.30am. Job’s a good’un.

We entered the carriage. There were loads of empty seats. I sat down and fell fast asleep.