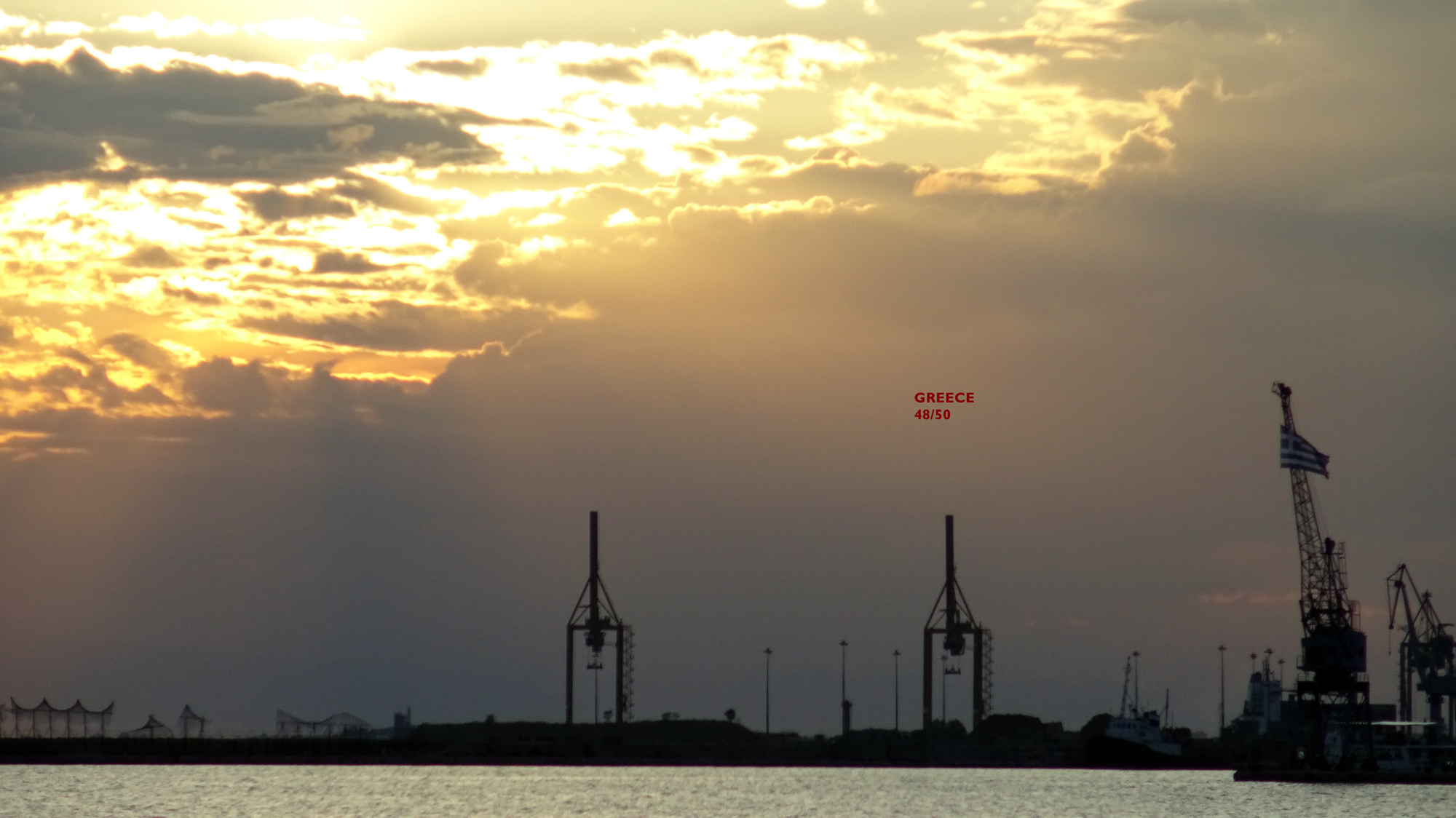 If things had gone to plan, I’d be well on my way to Silifke on the south cost of Turkey by now, ready to take the ferry over to Cyprus tonight, but instead I found myself on the wrong side of Greece, 1,500km away from where I wanted to be.

At least, thanks to Ciaran’s generosity, I had had a my first decent night’s kip in almost three weeks.

The bus to Greece’s biggest northern city – Thessaloniki – left at 9.30am I thought at the very least I could be in Istanbul that evening, it’s only a ten hour drive away. Even with coaches being coaches and the inevitable faff at the border I should be able to get there before midnight. There was only one problem: information about buses going from Thessaloniki to Istanbul was a bit thin on the ground. Multiple buses appeared to leave at either 10am or 10pm, which considering I’d be getting in to Thessaloniki around 1.30pm seemed to be taking the piss. I tried asking at the bus station in Igoumenitsa for any alternatives, but was met with a impatient shrug. I would have to get to Thessaloniki’s main bus station and ask there.

In between buying my ticket and the bus leaving I had a bit of time, so I grabbed some breakfast in a nearby café. It wouldn’t have been a particularly unpleasant experience, except for the fact that people in the café were smoking. In the café. While I was eating. Like that’s something that people still do.

After an uneventful bus journey, I arrived in Thessaloniki around 1.30am.

The bus station was massive. There were buses  going all over Greece and all over Europe. I had it in my head that there would be a something like a bus an hour going to Istanbul.

Indeed, the next bus to Istanbul wasn’t until 10pm.

Things were simply not going my way.

I took a local bus to the city centre. On board I got talking to a girl called Penny who suggested that if I wanted to get on with some blogging and logging, I check out Tom’s Cafe, a little place off Tsimiski, which – rather brilliantly – was also a shoe shop.

Local knowledge is a brilliant thing.

After getting a bit of work done, I went for a mooch along the waterfront. I had been here before, way back in 2009 as part of The Odyssey Expedition. One of the more startling things that had changed since then was the loss of the sleeper train service from Bucharest to Thessaloniki via Sofia. Had it still been running, I may well have taken it last week.

After sunset I grabbed a bite to eat at a restaurant by the water. I sat outside in the late summer warmth and enjoyed some tzatziki and olive bread, followed up with slow-cooked lamb wrapped in vine leaf. Hell, if I was going to be stuck in Greece I might as well enjoy the fantastic food, right?