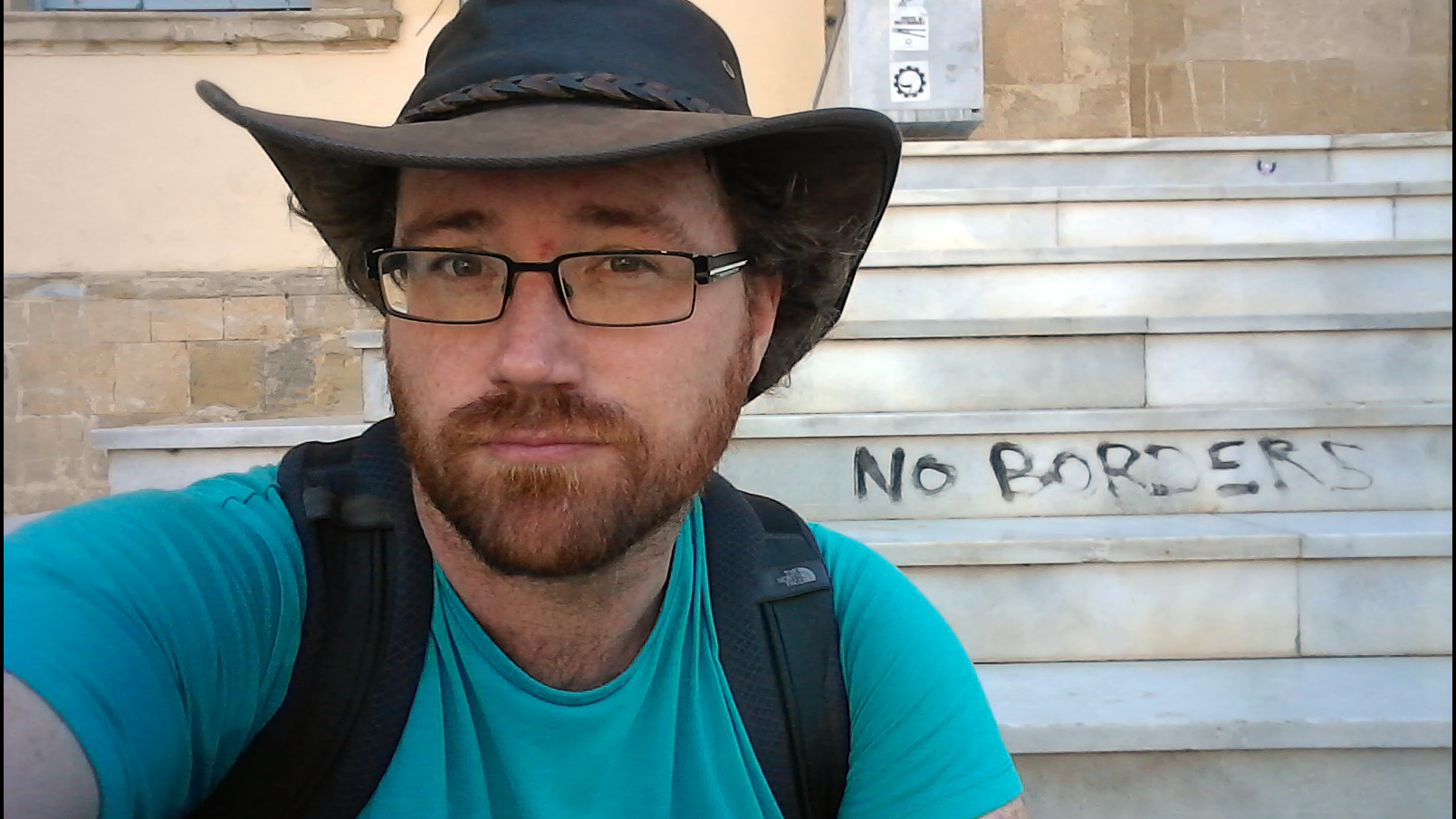 So. Is Cyprus part of Europe?

I would say yes. Not only because Cyprus is a member of the European Union (well, half of it is), but also because “Europe” is very much a man-made construct.

If you went out on the streets with a blank map of Eurasia and asked people to draw where the border lies between Europe and Asia, I guarantee that the vast majority of respondents would be hundreds or even thousands of miles out.

You clever-clogs that follow my travels might know that the Ural mountains mark the frontier between the two continents, but that’s only because Peter The Great of Russia liked the idea of being a “European power” and so pushed the border two thousand miles east.

If Turkey is in Asia, are babies who pop out their mothers in Turkish Thrace “Asian”, even though they’re born to the west of the Bosporus? What if they were born in Istanbul, the city that famously straddles the two continents? They could be either. Or both. If Turkey is not a European country because the bulk of it is in Asia, how is Russia not a Asian country too, since only 23% of its landmass is in Europe?

The point is that Europe is hard to define. Its boundaries are fuzzy, based more on history and culture than on geography, which is why Kazakhstan is in Uefa, Australia is in Eurovision and the Caucuses (Georgia, Armenia and Azerbaijan) cause map makers no end of headaches.

So if the list of countries that are part of Europe is based on history and culture, then at the very least, the southern half of Cyprus is in Europe. Only 400km from the Greek island of Faliraki (Iceland, which is unarguably European, is 450km from its nearest European neighbour, the Faroe Islands) and, as I have already stressed, Cyprus is a fully paid-up member of the European Union.

However, the northern half of Cyprus is a de facto part of Turkey, so it is culturally more “Middle Eastern” and therefore Asian. I would argue that Cyprus, like Istanbul, straddles two continents. And that being the case, like I would not claim to have visited Asia after a day trip to Edirne (see below), I will not claim to have ticked Cyprus off the list until I cross into the “European” side of the island of Cyprus.

The ferry came into the Northern Cyprus town of Girne (aka Kyrenia) around 8.15am. (Not 5.30am, obvs!) There was only one way on or off the ship and that was via the vehicle ramp on the car deck. So everyone crowded into the dark underbelly of the Lady Lu, waiting for the ramp to lower so we could all get off. It took half an hour. But to be perfectly honest, I was so behind schedule at this point it really didn’t matter any more.

Off the boat and I found myself a cabbie, Yakob, who was happy to drive me the 30km to the capital of Cyprus, Nicosia or Lefkosia.

And so, at exactly 9.33am (6.33 GMT) I crossed from Northern Cyprus into the Republic of Cyprus.

My mission was finally complete.

I began my journey at 9:30am GMT on Thursday 17 August, so it took me 21 days and 21 hours to get from Iceland to Cyprus via every country in Europe (a quarter of all the countries in the world) without flying. Not bad for a first attempt!

I would just have to see what the good folk at Guinness World Records make of it all.

Soooooo… did I mention I was supposed to be leading and emceeing the massive People’s March For Europe in London tomorrow at noon?

However, what I did have were friends at Aegean Airlines, the Greek national carrier. I shot a series of promo videos for them last year in conjunction with the Cyprus tourist board.

They had planes flying direct from Larnaca airport to Heathrow that very afternoon. So I wrote to my contacts in Greece and to my delight they said yeah sure!

And that’s how I hitch-hiked my way back from the farthest flung island of Europe back to the UK for the cost of my bus fare to the airport. Thanks Aegean! You rock!

Before I left, I had a little mooch around the gorgeous — but sadly divided — city of Nicosia / Lefkosia. It’s been like this for more than 50 years now; one half of the city where the “Greek” Cypriots live and the other half where the “Turkish” Cypriots live, a “Green Line” down the middle. In an ideal world, they’d all just be Cypriots, laughing and joking, singing and dancing together.

But we live in a world where people are so let down by society that their identity is all they have to feel proud about. And so they cling onto it in desperation — the one thing you can’t take from me — beyond all reason. Populists and demagogues are adept and stoking that fear and unleashing that passion, and it almost always ends in tears.

Which is what Brexit to a tee. Some rich people getting even richer, while the people down on the ground slug it out over something that, until just a few years ago, nobody really cared about.

I don’t think we’ll go as far as cleaving a city in two, but I don’t believe for one second that the UK will continue as it is, Scotland is eyeing the door like never before and Northern Ireland is almost certainly going to be utterly screwed by Brexit, one way or another (which is doubly sad as it could quite easily have had the best of both worlds — one foot in the EU and another in the UK), I can’t see a border poll not getting the support it needs to reunify the island of Ireland.

There is more that unites us than divides us. We just need to concentrate on that fact.

I grabbed some lunch and hopped on the bus to Larnaca airport. Within a couple of hours I was up, up and away, flying back to the UK having competed my first stab at The Eurodyssey Challenge (depending on what Guinness World Records think of it, it might not be my last).

I couldn’t have done it without the amazing support of my family and friends, particularly Marcie, Lindsey, Gui, Michelle, Oliver, Monica, Alex, Simone, Ciaran, the gang at the London office of the UNHCR, my wonderful mum and of course the indomitable and unflappable Cricket, without whom the journey went very rapidly off the rails!

Huge thanks to everyone who sponsored me through GoFundMe, I hope at the very least I kept you entertained for a few weeks and underlined why Europe really is our playground, why we should fight to stay an integral part of the EU and why I won’t rest until Britain comes to its senses and democratically overturns the result of the utterly idiotic frauderendum of 2016.

Finally, a huge thank you to Aegean Airways for allowing me cadge a ride on their kite back to the Inoméno Vasíleio (UK) in time for tomorrow’s anti-Brexit march. The in-flight entertainment was phenomenal.

So many places people creatures waves trees clouds mountains rivers sunsets parties spread over so much dirt and rock, grass and sand.

A vast cacophony of noise and silence, a dizzying palace of delight and terror a billion years in the making, the strange yet familiar bubbling up through the epochs.

It is both our playground and our responsibility, our forefather and our ward.

There is nobody out there who will save us from ourselves, it’s up to us now. Just like it always has been.