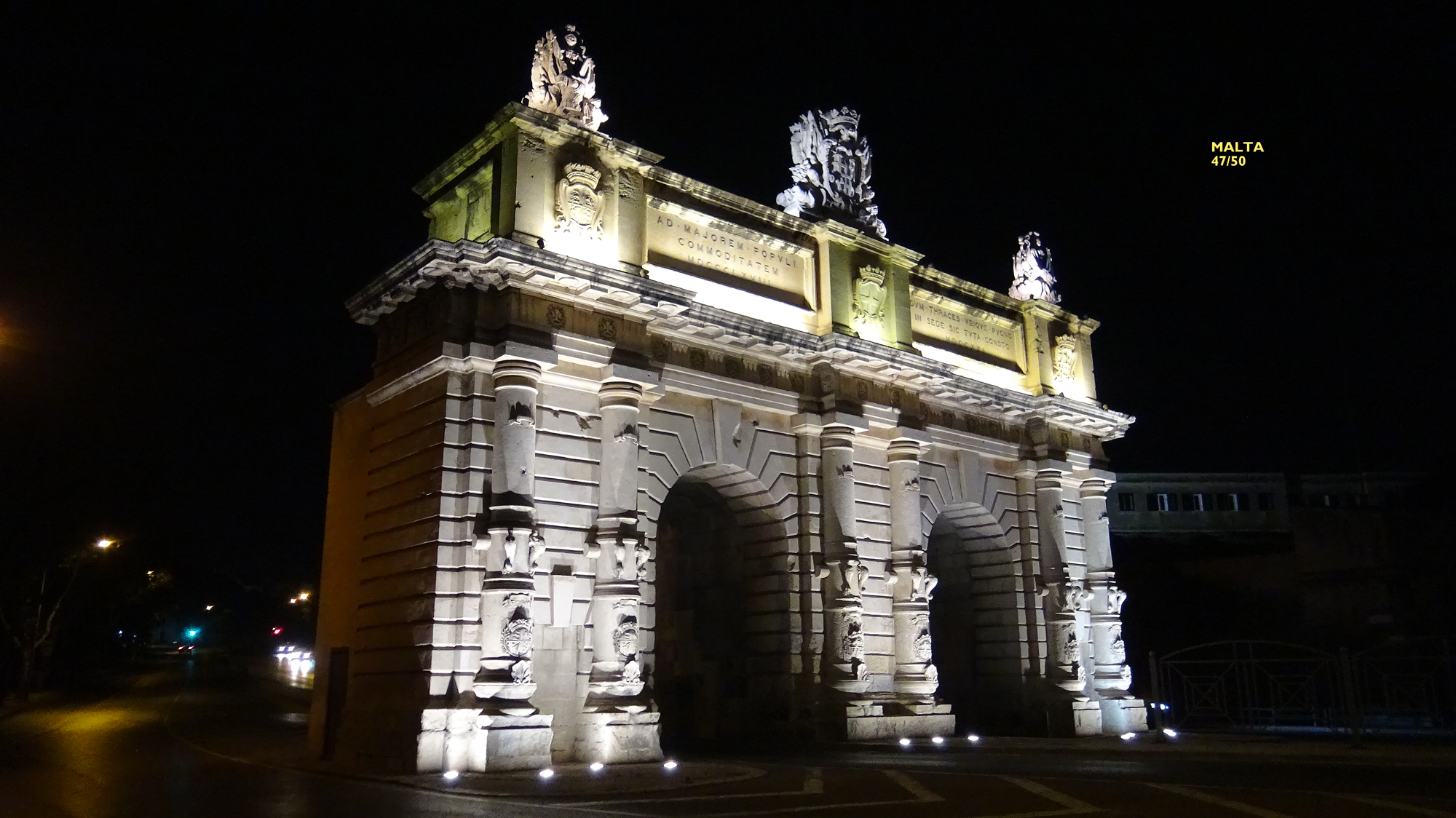 I’m always going to find waking up on a train exciting. It’s just the way I’m programmed. And yet this morning’s awakening included the extra excitement of waking up on a train getting on a boat. There’s no bridge or tunnel between Big Boot Italy and Little Sicily (and given the depth of the channel coupled with the area’s notorious seismic activity its unlikely they’ll ever be) and so the only way to get to Sicily without flying is by boat. And so the train from Rome to the Sicilian city of Catania gets on a boat. 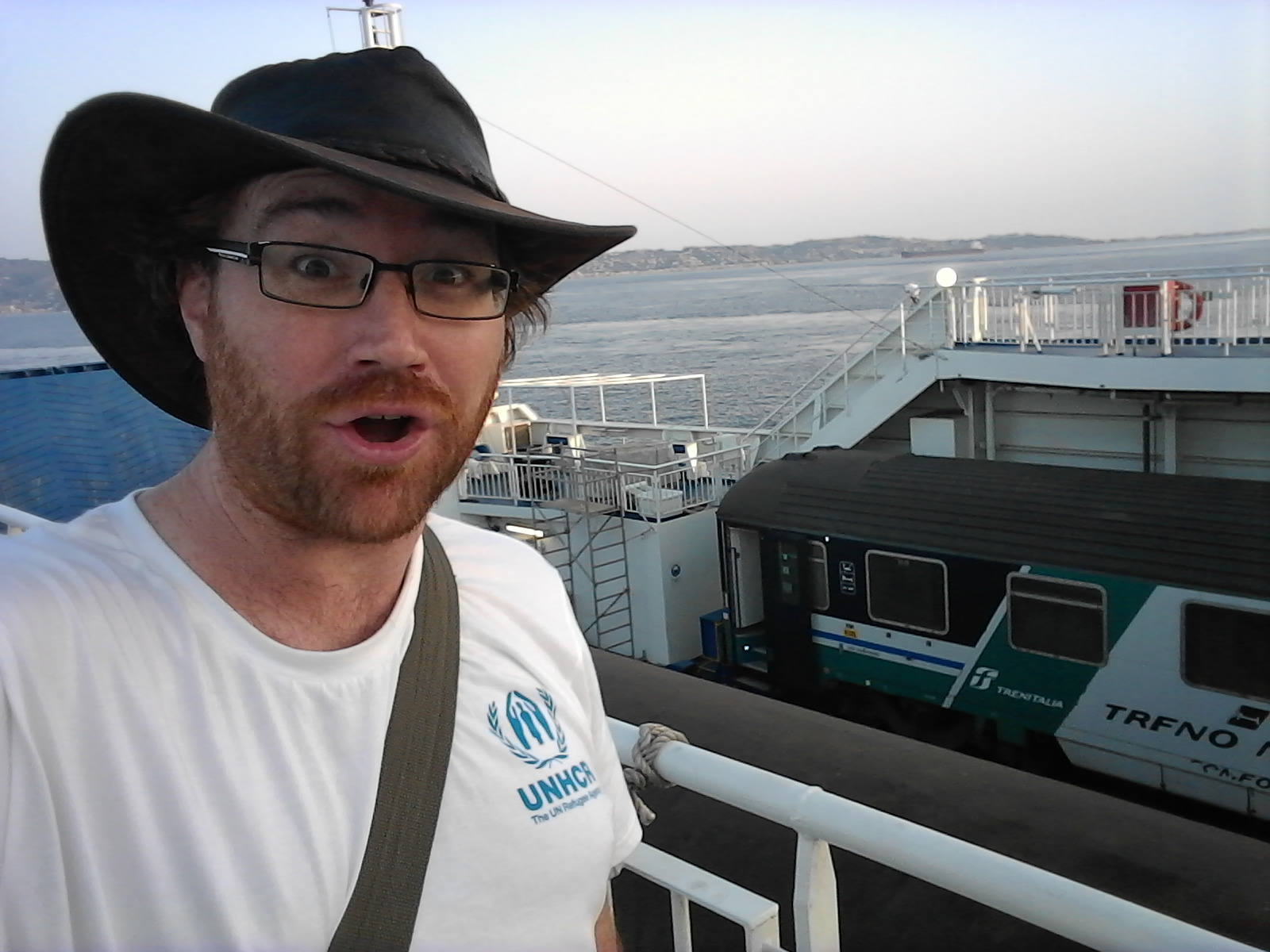 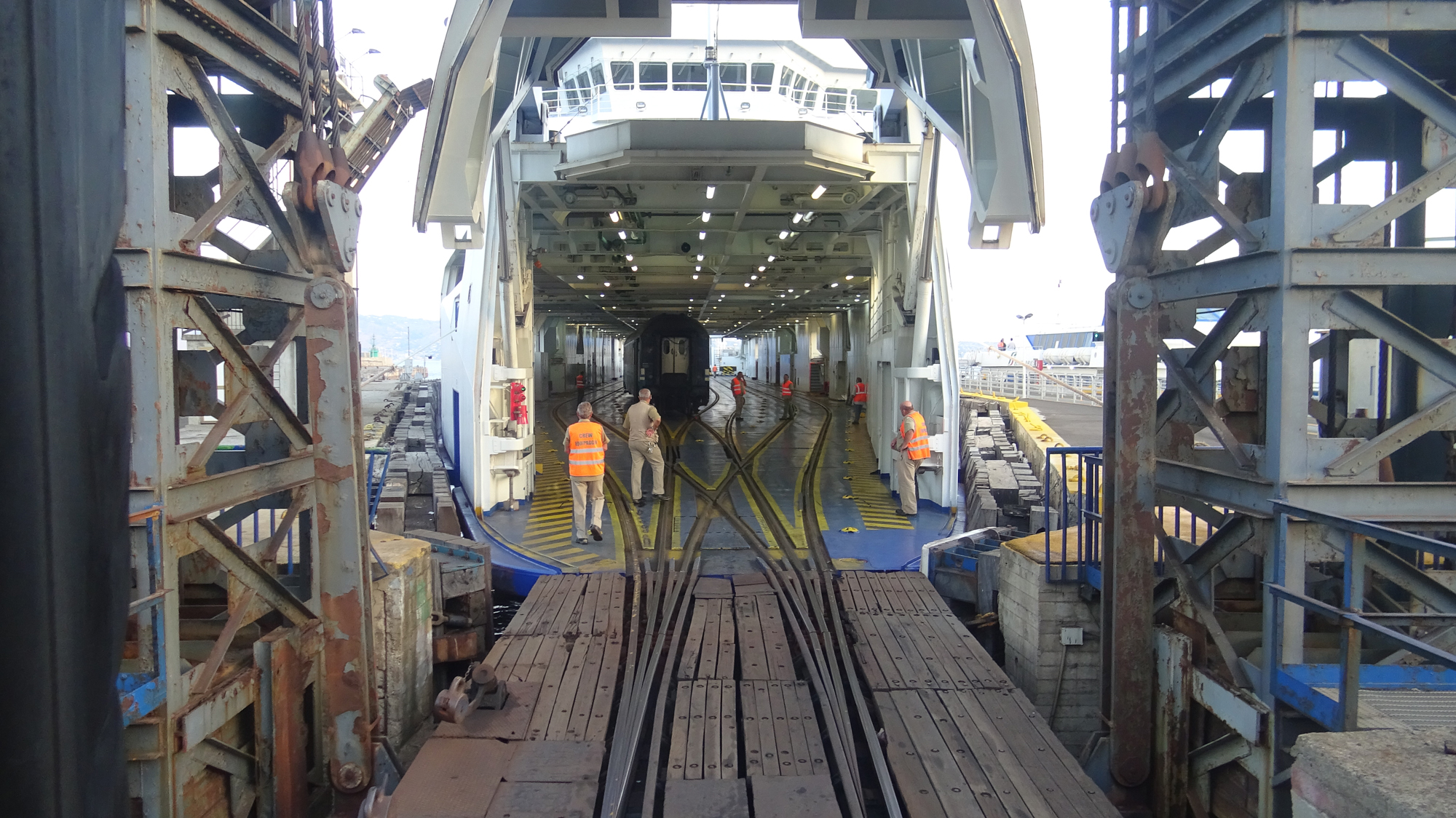 The journey over to Sicily is one I’d done at least twice before on The Odyssey Expedition and it never fails to fill me with glee. The train gets off the ferry in Messina, and then is supposed to trundle down the coast, past Mount Etna, to Catania. However, for whatever reason, the train terminated in Syracuse and it was those three dreaded words – rail replacement bus – to Catania. Only it was in Italian so it said “servizio sostitutivo”.

This didn’t matter so much as there was no ferry to my next country, Malta, until the evening, so we could afford to meander down to the departure town of Pozzallo at our own leisurely pace.

The train that runs between Catania and Pozzallo is such a rickety old affair, it’s rather charming, especially when you’re not in a hurry. We arrived at 2pm. We were the only people to disembark. The crumbling station looked like it was in the process of being restored. Or possibly demolished.

Pozzallo is a sleepy town at the best of times, and today was no exception. There were no taxis waiting at the station, or people for that matter, and so we walked about a kilometre to the waterfront, and there in the hot afternoon sun sat and chilled for a few hours, drinking beer and eating yummy food, waiting for our ferry to country number 47.

Despite a few missteps, we had done remarkably well getting this far so fast, a massive 46 countries in just 17 days, all the way from Iceland to Malta.

If I had known then what I know now, I would have made sure that we had dipped into Greece when we were in neighbouring Macedonia and I would have ended the journey in Malta. 48 countries in 17 days. A new Guinness World Record. But as far as I was concerned, I still had to get to Cyprus, and Greece and Turkey would be ticked off on my way there.

You see, there’s a twist in the tale, dear reader. But it comes at the very end.

At the time, when I got on the ferry to Malta, it seemed like it was all was going as good as it could possibly go. We got in around 11:30pm, flat refused to pay the extortionate cost of a taxi and decided to walk to the city centre instead. I’m glad we did, as the city of Valetta is utterly magnificent, day or night.

We’d be staying in a hostel, the first overnight stay anywhere since Romania, all those countries ago. However, it would only be a quick 40 winks for me… I had to be up at 5am to take the ferry back to Sicily… and from this point on, I’d be going it alone. Cricket had to head back to the States, her two and a half week “vacation” was up.